What is Astral Projection? Have you heard about this before?

If you are familiar with or have been practicing yoga and meditation, or if you are savvy in philosophies in ancient culture, this concept, the concept that each living organism is made up of several layers, may not be all too foreign.

An example would be the profound teaching of Kundalini yoga, honoring the existence of Ten Bodies namely: the physical body, the three mental bodies, and the six energy bodies. Ancient Egyptians believed that the physical body serves as a temporary home for ka (eternal life force) and the ba (known as the soul).

There have been variations across the name, form, and spiritual meaning of this concept but a common thread among this belief appears to be that these layers can be separated, whether by force or by choice, while in an out-of-body experience.

WHAT IS AN OUT OF BODY EXPERIENCE?

Otherwise known as OBE, out of body experiences are often talked about phenomenal categories such as near-death experiences where people have reported being able to leave their bodies and return to it in moments of trauma, illness, lucid dreaming (awareness that one is dreaming while in a dream) and clairvoyance (the ability to gather information through sensory powers beyond touch, ordinary sight, and other senses). These phenomenal categories include other incidences beyond description as well.

WHAT IS ASTRAL PROJECTION?

One of the most mystifying forms of out-of-body experiences, astral projection is certainly a more powerful form wherein one’s soul separates from the physical body and travels through the astral plane intentionally. 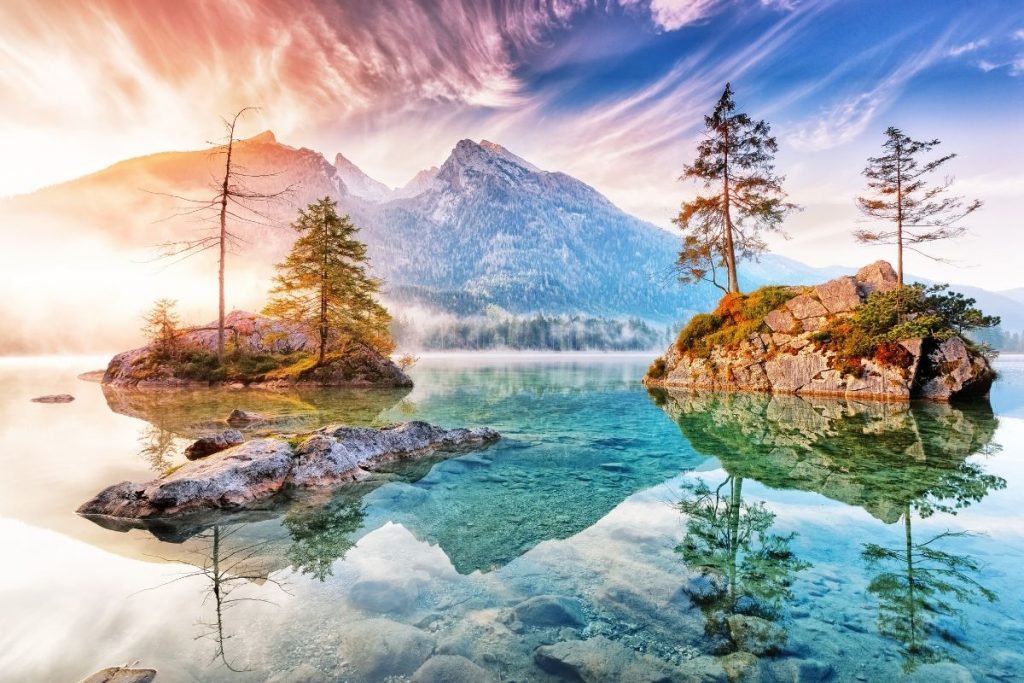 While leaving the physical body, the astral or the subtle body can hover and observe his environment, or travel across the globe or beyond time wherever the intuition seeks.

People who practice astral projection are more than aware of their extraction from the consciousness from their physical form, as well as bringing one’s soul back to its own body.

HOW TO ASTRAL PROJECT

Founder of the leading research organization in the field of human consciousness called the Monroe Institute, Bob Monroe penned a body of work entitled “Journeys Out of The Body” in 1971 where he provided a detailed outline in astrally projecting one’s self in seven simple steps:

Step 1: Relax your body, both physically and mentally.
Step 2: Enter into half-sleep or the hypnagogic state.
Step 3: Deepen the hypnagogic state by prioritizing mental sensation over the physical.
Step 4: Focus and pay attention to the presence of vibration in your surroundings, which becomes apparent in a state of deep attention.
Step 5: Dive into the vibration of your physical body and relax within its presence. The main purpose of this is to gently shake the subtle body out of the physical body.
Step 6: Focus your mind on leaving the limbs, the torso and try to do one at a time.
Step 7: Focus on effortlessly drifting out from your physical body. This is known as “lifting out.”

Made by Robert Bruce, founder of the Astral Dynamics Movement, The Rope Technique is regarded as being of the most accessible forms of astral projection modalities. The general process is mapped out in a few steps below:

Step 1: Relax the physical body by visualizing your every muscle.
Step 2: Enter a vibrational state from your space of relaxation. You should feel like an amplified version of a phone vibrating, creating pulsations over your body.
Step 3: Imagine that there is a rope hanging above your head.
Step 4: With your astral or subtle body, attempt to hold the rope using both of your hands. The physical body should remain completely relaxed.
Step 5: Begin climbing the rope, hand over hand. All the while, visualize reaching the ceiling above you.
Step 6: Once you are fully aware of your full exit from your physical body, you are now able to explore the astral plane.

ASTRAL PROJECTION: KEYS TO LEARNING
Astral projection techniques may seem quite formulaic, just like the practice of remote viewing. However, seasoned patrons encourage those new to astral projection to carry out research of their own and personally investigate to ensure high-quality experiences as well as the establishment of intentionality.

Understanding the associated nuances and the amount of patience required is paramount to learning proper astral projection. As soon as the proper competency has been obtained, astral projection then offers those who practice the ability to connect with the living and the deceased and to see the panoramic picture by viewing things from their environment and circumstances, thus, forming a new perspective.

A BRIEF HISTORY OF ASTRAL PROJECTION

Many references exist to coach interested astral projectors. However, the performances of these acts are often associated with being new age and often confused as a form of black magic. These social constructions were hastily built out of fear and misunderstanding. This misconception is worth a thousand years of documentation.

Resident and Senior Researcher at the International Academy of Consciousness, Wagner Alegretti reported that astral projection dates back 3,000 to 5,000 years by records and documentation created by priests in Ancient Egypt where the earlier-referenced ka or the astral body at the time, is depicted in various mediums as light leaving the physical body.

For centuries, Shamanism, as a spiritual system of belief has thrived off and preserved through traditions rooted in the idea that souls of Shamanic healers leave their physical bodies to gain guidance from higher beings. they do this to procure healing and clarity which is only bestowed to those seeking it and have been described as a cosmic game of Telephone. Historical references to astral projections also include those written in the Middle Age Kingdoms to the Bible.

Due to its largely enigmatic nature, out-of-body experiences, more specifically astral projection, were shunned and are commonly framed negatively by modern societal norms. Modern popular belief tends to invest much of their time in labeling anything and everything that is unexplainable as dangerous. In this matter, it is falsely believed that astral projection can risk the practitioner’s well-being, even leading to death, getting lost in the astral plane, and even permanent separation of the soul from the physical body.

Today, many several highly respected organizations exist and are slowly but surely putting these false rumors to rest.

Accredited researchers and institutions including Dr. Robert Morris of Duke University and Dr. Charles Tart of the University of California at Davis made headlines in the field of out-of-body experiences.

While some might say that researchers and cultures known to utilize astral projection are years ahead of the majority in terms of fully understanding human consciousness, others also argue that this knowledge is just hovering a plane away and is highly attainable by those who are open to it.